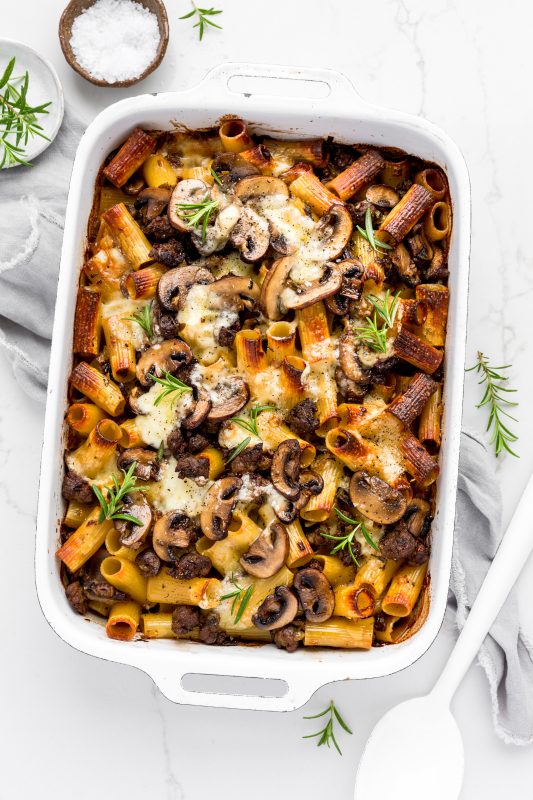 You’ve probably read this before, but Italian pork sausage and mushrooms are one of my favourite food combos. They go so well together on pizza, an omelette but especially in this comforting baked pasta. The sausages bring so much flavour and the mushrooms are amped up with the addition of dried porcini mushrooms but you can leave these out if you can’t find them. Also, the fontina cheese can also be replaced with mozzarella if you don’t have that. It’s not the same flavour but it will give you that deliciously satisfying cheesy pull that you want.

Place porcini mushrooms in a small heatproof bowl and cover with boiling water. Allow to stand for 15 minutes to rehydrate.

Meanwhile, heat oil in a large non-stick frypan over medium-high heat. Add the sliced mushrooms and cook, tossing occasionally, for 4-5 minutes until caramelised and tender. Transfer to a plate. Return pan to heat and add the pork sausage and onion, breaking up the sausage with a wooden spoon, until browned and the onion is soft. Add the garlic and rosemary and cook for a further 1 minute until fragrant. Add the stock, cream and bring to a simmer. Remove the porcini mushrooms from the water and roughly chop. Add porcini to the sauce and season with salt and pepper. Remove from heat.

Cook the pasta in a large saucepan of salted boiling water for half the amount of time as recommended on the packet. Drain pasta and combine with sauce. Stir through half the fontina, then transfer to a greased 20cm x 30cm baking dish. Scatter the remaining fontina and some rosemary sprigs over the top and bake on the middle shelf for 15 minutes until golden and bubbling. 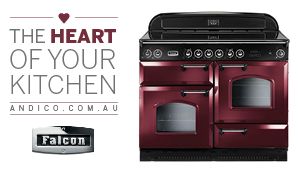